This post may contain affiliate links. Please read my disclosure for more info. 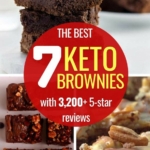 Fancy some keto brownies recipes? These low-carb brownies are all under 3g net carbs, so go ahead and eat them with your eyes closed!

Who says you need flour and sugar to make awesome brownies? These keto brownies recipes are dense, moist, and fudgy just like traditional brownies, but without the bad carbs and sugar. Best of all? Each serving accounts for less than 3g net carbs.

No more depriving yourself of keto desserts, it’s now easier than ever to eat great keto brownies while staying in ketosis and not cheating on your ketogenic diet.

Without further ado, here are the keto brownies you’ve come here for. 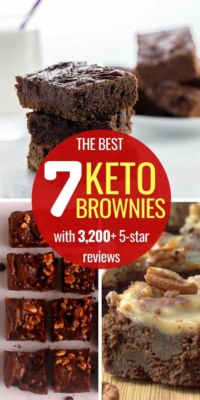 You’ll probably not believe me before you try this recipe for yourself, but these little chocolate desserts may very well be among the best brownies you’ve ever tried, keto or not!

These are the fudgy type – a bit crunchy on the outside and soft in the inside.

I really love these ones, and it’s always hard for me to not eat the whole batch at once.

These almond flour keto brownies are ridiculously easy to make.

They’re without a doubt much better than any boxed mix out there, surely a game-changer for your keto desserts.

The texture is perfect, and the taste comes straight from heaven. 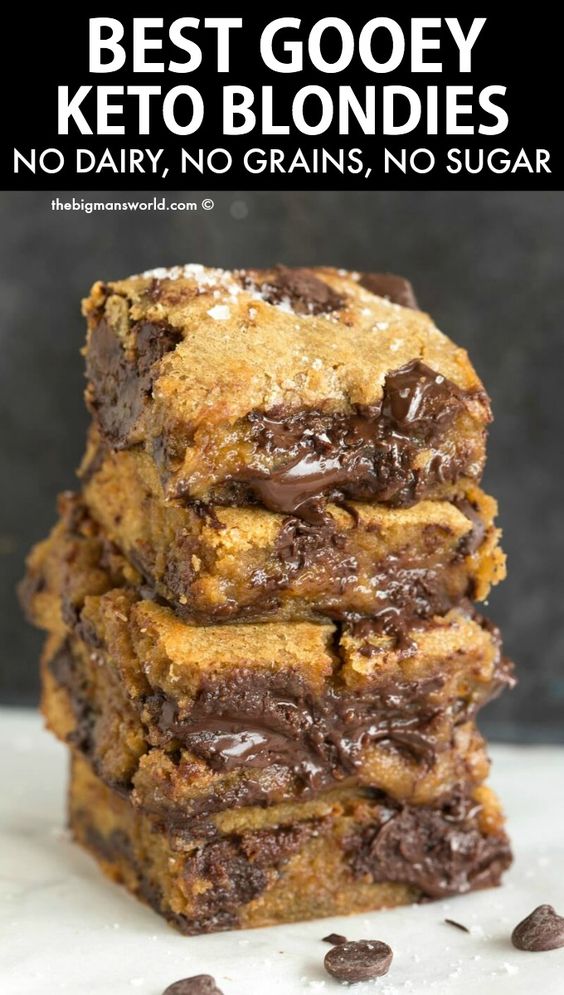 They say a picture is worth a thousand words.

In this case, there’s not much more I can tell you about these delicious keto blondies than what you already see on the picture: they’re super gooey and wonderfully tasty. 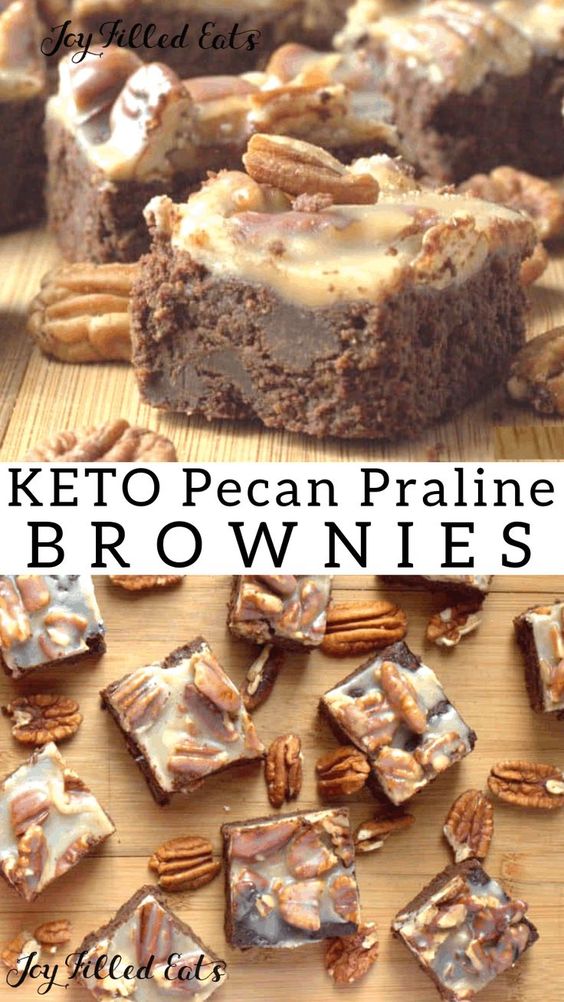 These low carb brownies with pecans will melt in your mouth like no others.

They’re rich and fudgy, and the creamy praline really takes it to the next level.

These easy, fudgy low carb brownies are made with almond butter and completely flourless, which makes them not only keto-approved but also useful as fat bombs.

What I like about these low carb brownies is that they’re not filled with empty calories. They are packed with calcium, iron, and healthy monounsaturated fat.

They’re also a great source of fiber and protein, meaning you’ll actually stay satiated for a long time after eating them. To top it all off, they’re sugar-free and only 2 g net carbs each!

These keto brownies are probably the easiest of this list. They’re made with walnuts and only contain 1.5g net carbs each.

It’s worth mentioning it’s actually the sixth time the author tried to make keto brownies before finally getting this awesome recipe.

They’re moist, with a strong chocolate flavor, a texture between fudgy and chewy, and the walnuts give them the extra crunch I love so much.

No wonder why she went through so many trial and error before coming with this delicious recipe: they’re perfect. 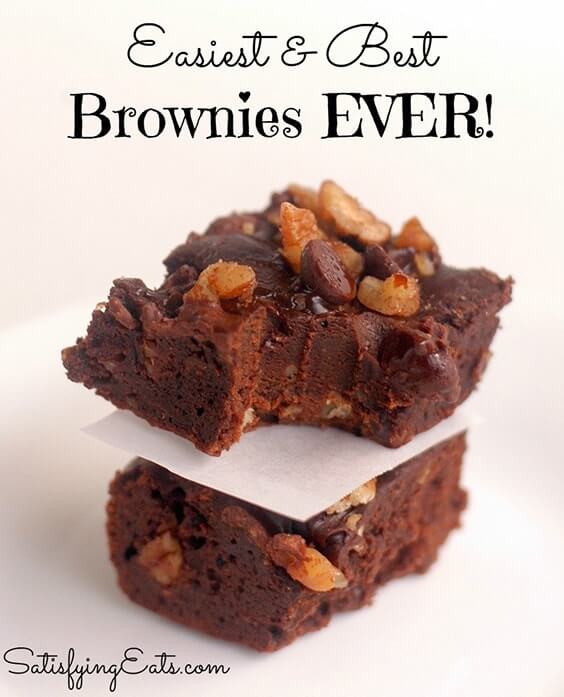 These brownies are moist, delicious and decadent. They will please every chocolate lover and even the pickiest of eaters.

They are full of flavor without all the bad sugars, and you can be sure everyone will ask you how the he** you made them so tasty.

Simply tell them it’s a secret ;).

That’s it! Feel free to Pin It so you can come back later and make these delicious keto brownies! 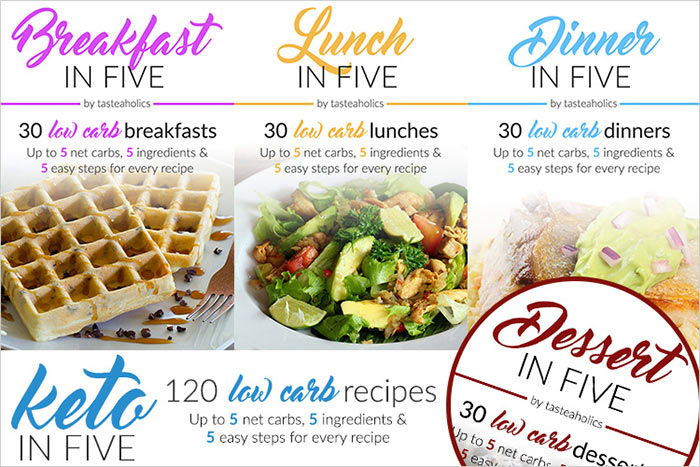 As you already know, the key to success is simplicity and satisfaction with your diet. I’ve been on Keto for a long time now, and these are the best e-cookbooks I could ever put my hands on: Breakfast in Five, Lunch in Five, Dinner in Five & Dessert in Five.

Each ebook contains 30 recipes. Every recipe is made with just 5 ingredients and has up to 5 grams of net carbs. That means you can have seconds of any meal and you’ll still be within your daily carb limit!

If you’re ready to invest a small amount of money to get your precious time and pleasure back, be sure to check it out. 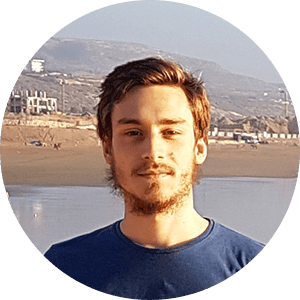 I Want To Help You Become Your Best Self!
The ketogenic diet has been a true blessing in my life, and I want to share it with you so you can lose weight the easy way.